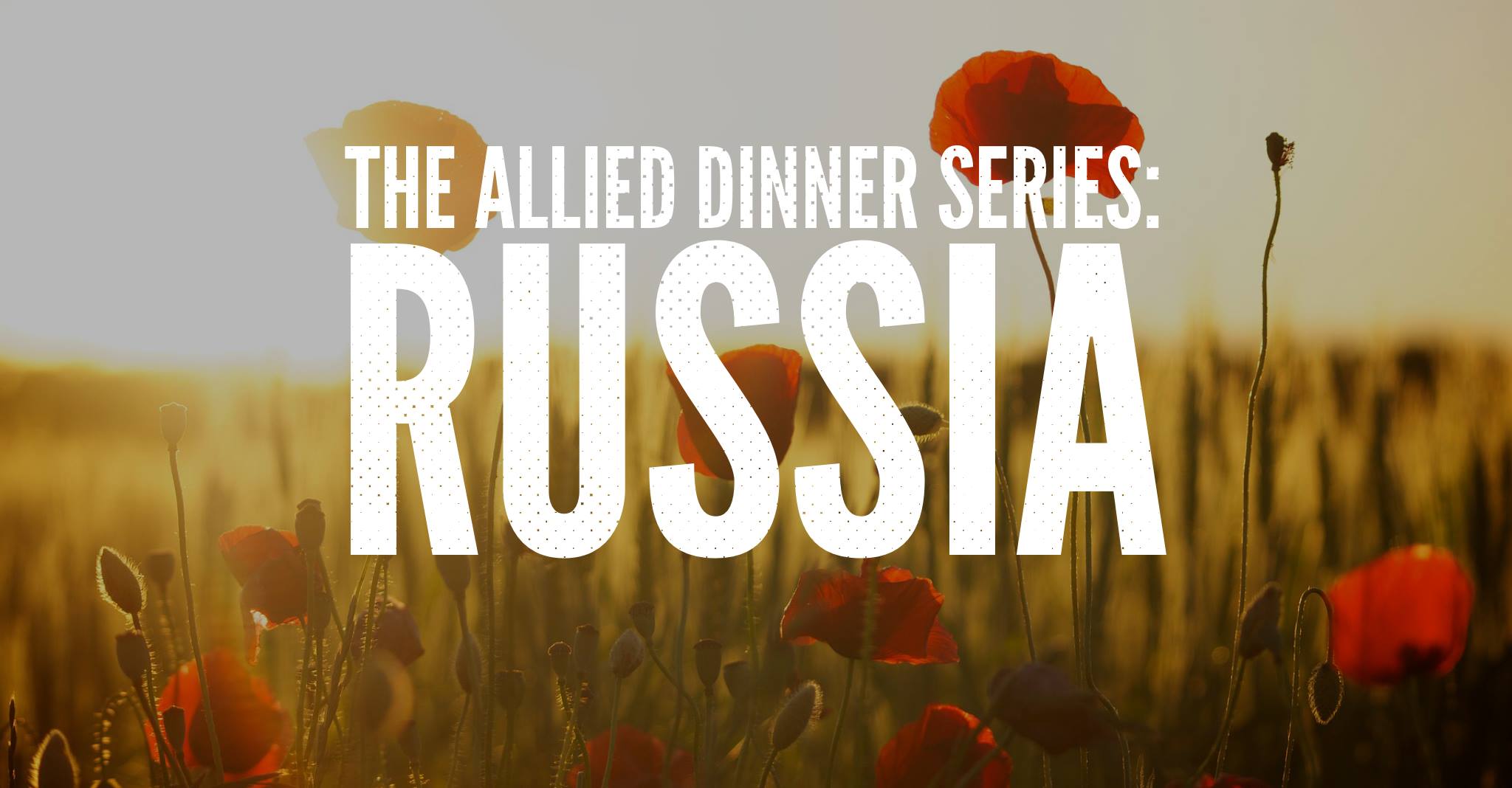 Speaker: Michael Samerdyke
​Michael Samerdyke, adjunct instructor of history at UVA Wise, was educated at John Carroll University and Ohio University. He studied Russian history and did research in Berlin in 1992 and Moscow in 1995 on the Second World War. He will talk about the complicated relationship between the United States and the new Communist government of Russia in 1918, including American military intervention in the Russian Civil War.

The Allied Dinner Series is a set of four unique dining experiences happening this summer and fall in Downtown Wytheville. The events feature a short lecture and cuisine from one of four Allied Nations during the Great War. During this time you will also learn about Edith Bolling Wilson and her husband, Woodrow Wilson, and their international affairs during the war as part of our series “World War I: From Wytheville to the White House… and Abroad.”

This programming is held in conjunction with the museum’s current exhibitions on World War I:

Additional Sponsors for this event are: The Virginia World War I and World War II Commemoration Commission, Downtown Wytheville, The Bolling Wilson Hotel, Graze on Main, and the Wytheville Convention and Visitor’s Bureau.